We all get those emails, forwarded to us by a concerned friend or family member. Or we see the posts as we scroll through our Facebook feed. Or we hear the reports in the coffee shop, passed along in solemn tones. Something alarming has happened in the world, or is about to happen, or is being planned even as we speak.

You know the ones I mean. I’m talking about those emails or posts or reports that claim that we’re about to be overrun by violent Muslim extremists masquerading as refugees, or that Donald Trump is following Hitler’s playbook, or that there’s some gay agenda to take over our schools, or that climate change is a hoax, or that we’re all going to die in fifty years because of climate change, or whatever.

Usually, when I see these kinds of posts or get forwarded these kinds of emails, I sigh out loud and then hit the delete button or keep on scrolling. Maybe you’re the same way. 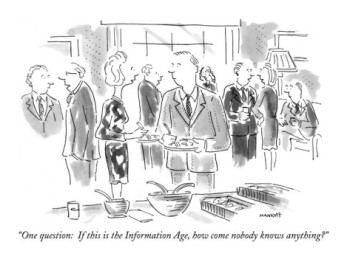 But sometimes the email or post requires a response, or maybe it’s something we feel we should be aware of if only to know what people are talking about when they mention it. Or, maybe something about it even grabs our attention and we think, “What if it’s true?”

What do we do then?

In our era of instantly, constantly available “news,” how do we sift through the chaff and find the truth? How should we even think or feel about the relentless storm of bad news, conspiracy theories, and conflicting claims that swirls around us in this age of dis/mis/information?

When sigh-and-delete is not an option, there are three things I try to do. Maybe you will find these things helpful, too.

First, I remind myself that we are called to be people of faith, not fear. These kinds of reports are always driven by fear: at bottom they exhibit a profound lack of trust in God.

As Christians we are called to trust that God is indeed sovereign through all things, that God’s kingdom is indeed growing throughout the world, that Christ is building his church and not even the gates of death can prevail against it, and that God has raised Jesus from the dead, conquering death itself.

These reports are driven by fear, not motivated by faith. The fear may be understandable, it might seem natural, but it runs counter to the fundamental stance of a follower of Jesus: a stance of faith in God.

Second, I remind myself that we are called to be people of love, not enmity. We are commanded by Jesus to love our neighbours—anyone we encounter who is in need—but also to love our enemies—anyone who opposes us, even violently.

The fear that I’ve just mentioned often leads to a kind of “defensive antagonism”—we get our hackles up (it’s the “fight” in the “fight or flight” response built into our most primitive intuition). That defensive antagonism can sometimes leap immediately to the extreme of physical violence, but more often it takes the form of hostile attitudes that settle in our hearts, which then build toward offensive words and aggressive (or passive-aggressive) actions.

This is essentially the nature of prejudice or bigotry: fear, when fueled by ignorance and left unchecked by genuine faith and love, leads to hostile attitudes that separate “us” from “them,” and ultimately to more direct actions of injustice and oppression.

And this leads to the third thing I do: I remind myself to gain knowledge about a situation and to learn more about the “other.” It’s important that we do our best to discern the truth about our world and one another, in order to love each other better. Knowledge dispels ignorance, which is crucial for dismantling bigotry and oppression. 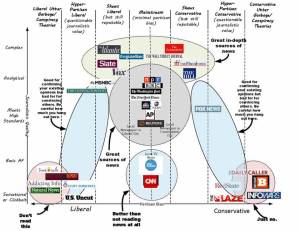 For myself, I avoid the so-called “news” sources on either the extreme right or extreme left. Instead I try to get my news from major news outlets—whether leaning left or right—that follow basic codes of journalistic integrity. When I come across a specific item, I first look to its source to see if it fits the bill.

I might also do some quick fact-checking on sites like Snopes.com or TruthorFiction.com (for popular stories), FactCheck.org or PolitiFact.com (for American politics), or Wikipedia (for general info). If more in-depth research is needed I’ll follow the links at those sites, or, even better, I’ll search more academic or technical sources of information such as research pages at university websites, scholarly research portals, various UN sites, or others. I’ll check multiple sites if needed to avoid getting only one angle on things.

Yes, this all takes time, and it doesn’t always yield clear and simple results. Discerning truth is like that. And sometimes we just have to say, “I’m not sure what’s going on, but I still choose to live in faith and love.”

It has never been easy to be a discerning follower of Jesus in the world, being, as Jesus put it, “wise as serpents yet innocent as doves.” In some ways it’s even harder now, with millions of terabytes of information at our fingertips, both true and false, used both for good and for ill.

May God give us wisdom as we seek to discern the truth in our complex world, and may God give us faith and love—and hope!—in a world that at times seems determined to rob us of these gifts.

1 thought on “Being a Discerning Christian in the Information Age (Or, What to Do When You’re Forwarded That Email)”