Let me paint a picture for you.

A family is fleeing for their lives: a husband and wife, with a child.

They are Middle Eastern: olive-skinned and brown-eyed, the man with thick, dark, curly hair and a finely trimmed beard, the woman with a shawl over her head, carrying the young child in her arms.

They stop to rest. They fled as soon as they heard the news—soldiers coming, coming to kill—and they’ve been on the move for 24 hours. Twenty-four hours through hills and desert, along a road by the sea, all their worldly possessions on their backs, or in their arms. They need to rest.

They stop at the crook of a stream, away from the traffic of the main road. They should be safe now, but one can never be too sure. They settle in for a restless night, snatches of sleep amidst dreams of terror.

The man keeps watch, one eye back on the road, the other on his wife and child. He feels all the things you would expect of any man: protectiveness, pride, worry, struggling to be strong for them.

The picture is one that has been seen all too often over the years. Too many years, but even more so in recent years. A refugee family, fleeing violence and terror, traumatized by the past, trying to look to the future.

We’ve heard the numbers. More than 60 million people worldwide forced to flee their homes because of war, persecution, or natural disaster. More than 10 million in Syria alone, of whom 4 million have been forced to leave the country. More than half of that 4 million are children. The worst refugee crisis in 70 years, since World War II.

So this picture—a refugee family, fleeing violence and terror, traumatized by the past, trying to look to the future—is an all too common one in our world. 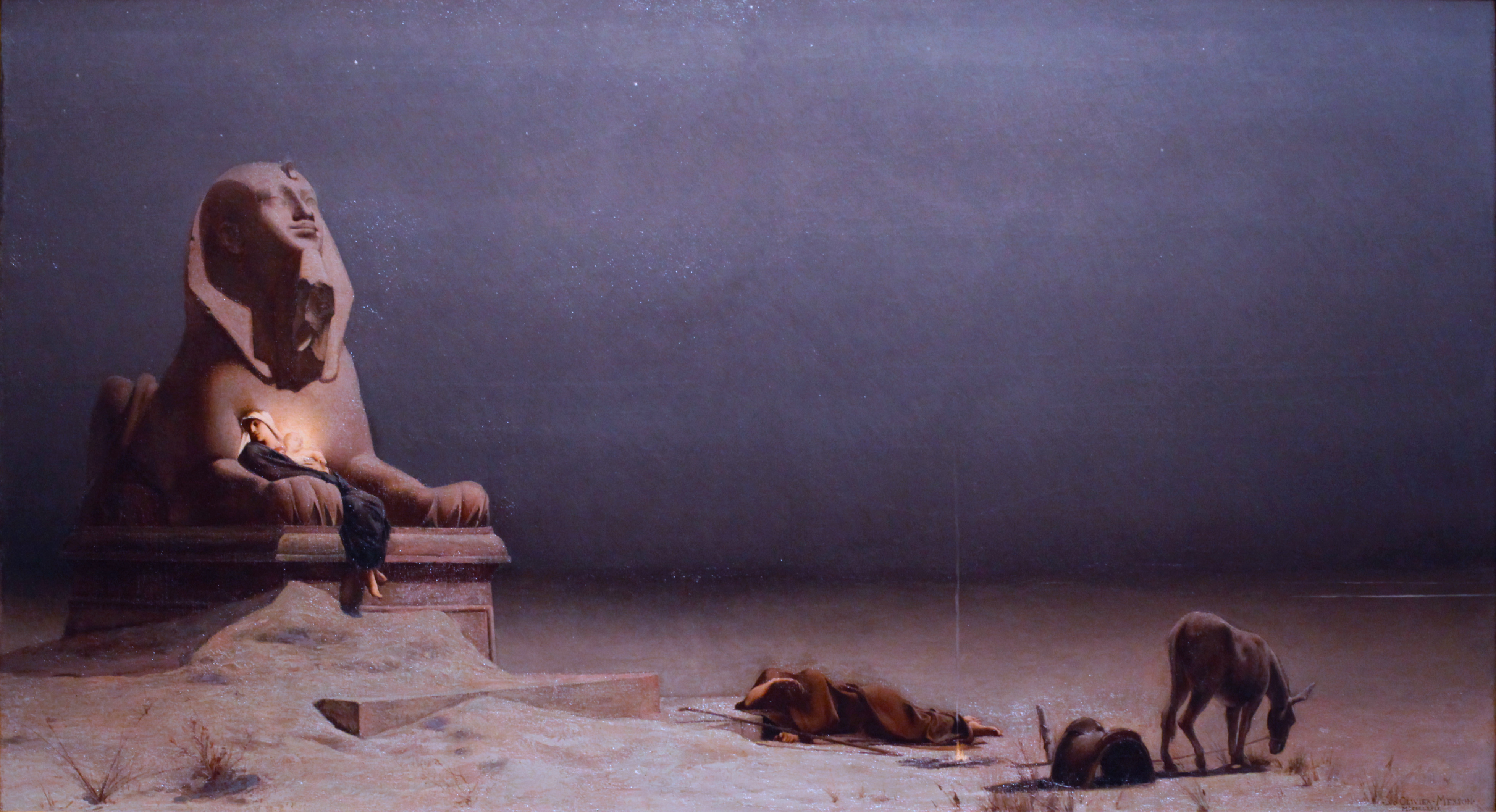 But that picture I painted for you is actually of a particular refugee family, from 2,000 years ago. The picture I painted is of Joseph, and Mary, and the child Jesus, fleeing the violence and terror of Herod’s jealous anger, fleeing south to Egypt, fleeing as refugees.

The story is told in Matthew’s Gospel. It’s part of Matthew’s version of the Christmas story, but it’s not one we typically highlight in our church nativity plays. It’s much more comforting and cozy to end with the Wise Men kneeling before the baby Jesus tucked away in the manger. Herod’s slaughter of the infants, the Holy Family’s flight to Egypt as refugees—that’s not typical children’s story material.

And yet there it is, plain as the nose on Rudolph’s face: Jesus was a refugee, one of hundreds of thousands of Middle Eastern refugees over the centuries.

Many of you attend churches that celebrate Advent in some way: perhaps lighting Advent candles, maybe focusing on Advent themes, in the four weeks leading up to Christmas. In Advent, Christians look in two directions: we look back to the first coming of the Messiah, the baby sleeping in a manger; and we look forward to the second coming of the Messiah, the king sitting on his throne.

The picture is also painted for us in Matthew’s Gospel.

When the Son of Man comes in his glory, and all the angels with him, then he will sit on the throne of his glory. All the nations will be gathered before him, and he will separate people one from another as a shepherd separates the sheep from the goats, and he will put the sheep at his right hand and the goats at the left.

Then the king will say to those at his right hand, ‘Come, you that are blessed by my Father, inherit the kingdom prepared for you from the foundation of the world; for I was hungry and you gave me food, I was thirsty and you gave me something to drink, I was a stranger and you welcomed me, I was naked and you gave me clothing, I was sick and you took care of me, I was in prison and you visited me.’

And the king will answer them, ‘Truly I tell you, just as you did it to one of the least of these my brothers and sisters, you did it to me.’

Then they also will answer, ‘Lord, when was it that we saw you hungry or thirsty or a stranger or naked or sick or in prison, and did not take care of you?’

It’s a sobering picture. A judge. A judgment. A reward. A punishment.

Jesus as “the least of these.” Jesus hungry, thirsty, naked. Jesus as a stranger, an outsider, a foreigner, in desperate need.

This post is adapted from a talk I gave this morning at the Morden Men’s Prayer Breakfast. Cross-posted from http://www.mordenmennonitechurch.wordpress.com. © Michael W. Pahl.